I’m fascinated by how many people are terrified to allow someone else an opinion contrary to their own.

If someone says/writes/believes something differently than we do, we’re struck with an almost primal need to purge that difference.
For some reason which I can’t figure out yet, we’re terrified by differences.

The obvious examples are terrorists and racists and any other form of negative “–ist”.
But I’m not talking about the obvious bullies who are acting out of what they believe is “righteous condemnation,” disguising their cowardice.
No, I’m talking about you and me, our neighbors, families, coworkers, students who, when presented with an attitude different than our own, shrink back in worry.

Perhaps we strike out fearful that maybe we’re the ones in the wrong, but we don’t want to change, so we better smack down the opposition. (But that’s only my opinion.)

But here’s a radical notion: What if there’s room for all of us to have our own opinions, and we don’t have to fight every different idea, but simply . . . let them be?

Aristotle said thousands of years ago that the mark of an educated mind is to entertain an idea without accepting it. Are we yet evolved enough to follow the Ancient Greek’s advice?
Recent evidence would suggest no.

Think about how many articles you’ve read where an opinion is stated, and commenters rage that the authors are wrong. I’ve frequently published letters to the editor (opinions) and recently published a longer piece expressing my reasons (opinion) why I don’t cry when I send an adult child away on a mission for two years. I was explaining my experiences, yet some commenters said they felt “judged.”

Judged? By MY experience?
What an odd way to think.
(Uh-oh—someone’s going to judge my opinion on that, I just know it . . .)

But here’s the thing: we all express OPINIONS, and we should. These are not statements of fact, not insistences for policies, not movements to obliterate all other opinions.

Opinions are merely interpretations of life based on one’s experience.

And they are all different. And that’s ok. (In my opinion, that is.)

Yet I’ve seen people squirm in discomfort, scowl in surprise, and even rage in fury when someone else’s experience runs counter to theirs, as if their lives have been suddenly invalidated.

But every person feels and interprets differently, and here’s the marvelous truth: the world IS big enough for all of us to have different opinions.
Here are some opinions I’ve heard recently which turned into actual—and unnecessary—arguments:
–Taking trip to Disneyland/Yellowstone/New York City is stupid/dull/overrated and a waste of time and money.
–Home schooling/public schooling/private schooling shows you don’t have any faith in the system/yourself/the world in general.
–Going to college/not going to college is the biggest mistake you’ll ever make.
–Having one/three/ten children is an excellent/irresponsible decision.
–Letting your kids play/not play on the computer/watch TV/not watch TV is a sure way to ruin/help your children.
–Starting a business/working for someone else is the only way to be sure of your future security.

And, fascinatingly, all of these opinions are ACCURATE.

Because these opinions are based upon individual’s circumstances, and if that circumstance is evaluated honestly, then that opinion is correct, even if it runs counter to what someone else believes.
(But that’s my opinion.)

I think vacationing at the beach is dreadfully dull. My in-laws think it’s ultimately relaxing. We’re both correct.

When I taught critical writing, I’d spend weeks trying to explain that various opinions can all be correct, but even by the end of the semester many college students still struggled with that idea.

I had an excellent test of this early in my teaching career. Before Salt Lake City hosted the Winter Olympics in 2002, there was controversy among Utahns about the impact of the games. I had a student who absolutely opposed the Olympics, while I thought their coming was the greatest thing ever. The assignment for the semester was to write an extensive research paper supporting an opinion, and guess what this guy chose for his subject?
The Damaging Effects of the Winter Olympics.
I didn’t like his topic, as you might imagine. While I am a conservationist at heart, living in a host city of the Olympics had been a dream of mine since I was a little kid. (Ironically, we were living in Virginia in 2002, and I confess I went to my bedroom during the Opening Ceremonies and wept because I wasn’t there.)

Anyway, Olympics-Hating-Student was smart. Each day he’d ask me my opinion about an aspect of the Olympics—traffic, recontouring of ski slopes, building of ice rinks, etc.—and then he’d take careful notes of what I said. He’d smile gratefully, smugly even, and would leave me stewing as to what he was up to.
It turns out his research paper became a carefully orchestrated opinion argument to prove my opinion wrong in every paragraph.

It was absolutely brilliant.

When he got back his paper, I watched as he nervously opened to the last page of evaluation. The grin which broke out across his face was priceless.
His peers, who knew I opposed all of his arguments, glanced at his grade and were astonished.
“We thought you’d hate his paper!” one of them exclaimed.
“I disagree with his ideas,” I told them, “but he’s entitled to his opinions, especially when he’s so carefully researched them and presented them. He did an excellent job. Who said I have to agree with his premise and conclusions?” 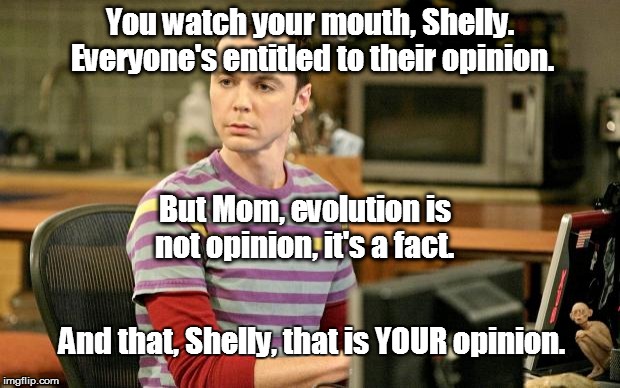 May I submit the following: We balk at others’ opinions because we’re afraid they may be right.
We feel the need to fight back because we aren’t entirely secure in our own opinions.

May I also submit this: We don’t have to.

If you don’t like what you’re reading, stop reading.
If you don’t agree with someone else, agree to disagree and LEAVE IT ALONE.
Stop fighting. Nothing good comes from a fight. Ever.

I believe that God gave us our agency—our ability to choose—to allow us a full range of experiences in this life. When we, for any reason, try to shut down or deny another person of their opinions, we are essentially taking away their agency. That’s a devilish attitude, and one we need to avoid at all costs, or we become devilish—controlling, angry, and overbearing—ourselves.

HOWEVER . . .
There’s a time to push against another’s opinion, and that’s when YOUR opinion intends to change MY way of:

Then I will fight back.

There are many obvious examples of this in the world, but let me give you a more local one: A friend of mine recently took her daughter to a musical camp where kids could be trained by professional musicians. The camp fell on my friend’s daughter’s 12th birthday, and to celebrate my friend splurged and bought a store-made cake. She placed it on the food table where other parents had brought snacks, intent upon letting everyone share in her daughter’s birthday celebration.

Except one mother didn’t agree. Putting herself in charge of the table (no one’s sure if she was asked to, but she set herself there anyway), she announced to the children that sugar would make them hyper, and she wouldn’t allow anyone to have any cake, since she didn’t allow it for her own children.

This woman decided—based on her opinion and rather poor science (sugar does NOT cause hyperactivity in children–read this)—that no one should have the opportunity to choose for themselves if they wanted cake.
One person’s mere opinion overruled everyone else’s choices.
That’s wrong. (In my opinion, that is.)

In our homes we have the right (for now) to impose standards as to what will be allowed and what won’t. In my house I won’t allow abuse, or vulgarity, or pornography, or music and/or entertainment that promote anything like that. In your house, those rules may be different.

But it is NOT my prerogative to barge into your house and force my standards—be they more relaxed or more stringent—upon your family. However, if you come to my house, I expect you to respect how we do things, as I will respect how you do things in your home.

As long as your opinions don’t threaten to take away my freedoms, I’ll keep my mouth shut, and I’ll even be your friend.
But if that line is crossed, if someone’s opinions try to change the way my family lives, then I will push back.

You can live and think and worship and behave differently than me—I have no problem with that, really. We should afford a level of respect to everyone we love. I don’t agree with every opinion of my husband’s, but I won’t detail those differences here right now because we’ve made it 27 years by agreeing to disagree, and I’m not about to disrupt that cart.

We make these kinds of “opinion accommodations” with many people we love.
So why do we not always do so with strangers? With other nationalities, religions, cultures, genders? Why do we feel the urge—even the sanctimonious right—to blast online the opinions and experiences of people we don’t know simply because we can?

Here’s a radical thought (and this is just my opinion): if you don’t like what you’re reading, stop reading it and move on.

Don’t attack, don’t claim to be judged, don’t cry foul, don’t do anything. Just step away and do something constructive and useful instead.

I tend to clean the kitchen now instead of lashing out with unexplained venom, crying, “What an idiot! Who does he think he is, writing that?!”
“He” probably thinks he’s a person—just like yourself—who feels the desire to share his opinion to help others of like minds realize their experiences are valid. He’s not forcing his way of life upon you, so calm down already and go scrub something!

But then again, that’s only MY opinion, and I’m frankly, I’m entitled to it, as you are entitled to your own.

“What’s wrong with having opinions?” Mahrree said, her voice rising to the pitch of a trapped cat. “What’s more frightening are people with no opinions at all. ‘Oh, that sounds nice, let’s do it! It just feels good!’ What’s wrong with thinking?”
~Book 3, The Mansions of Idumea

2 thoughts on “Don’t be afraid of my opinion, because I’m not afraid of yours”