I’m writing this blog in an attempt to exorcise my desire for an IKEA kitchen. 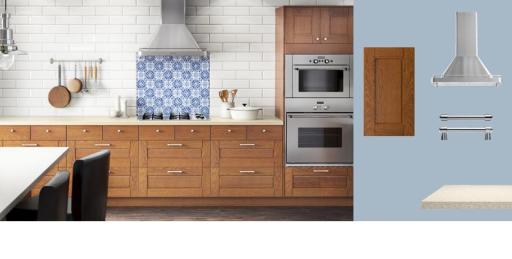 Mahrree squirmed.
To find herself so immediately gripped with envy and desire surprised her.                  ~ Soldier at the Door

I suffer from this desire every few months, and I don’t even watch HGTV anymore—the channel that usually made me unsatisfied with everything in my house. I let my subscription to “Better Homes and Gardens” expire because I didn’t need to see any more examples of rooms I’d never have.

Because I’m satisfied with what I have.
(Let me chant that to myself a few more times . . .)

This is my current kitchen, exactly how I saw it when the realtor showed it to us over five years ago. A bit outdated, the appliances are 15 years old, but it’s functional. 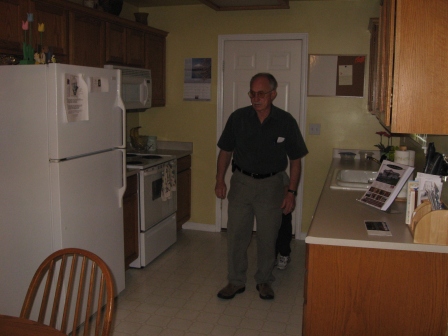 (I went so far back in time, because only under the previous owners was the kitchen ever so clean. And I haven’t been able to update anything anyway.)

The kitchen’s small.
Really small.
Especially for a family of 10.
But it was all we could afford, in a nice neighborhood, and so I just sighed sadly and decided, “I’ll make it do.”

And I have, for five years, but still I’m plagued by daydreams of IKEA kitchens.

“This is hardly the way to impress others.”

Mahrree shrugged, never having been much concerned about Mrs. Hili’s opinions. “I’m not worried about impressing others. I don’t even know who I should worry about.” ~Soldier at the Door 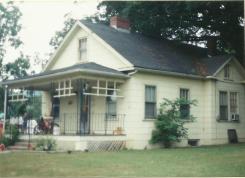 Cute, in the right light, and from the right distance.
(We won’t discuss the ever-present smell of decay, though. Or the smell of skunks, who lived in the crawl space.)

But here’s the thing: I had vowed back in 2001 that I would ALWAYS be happy with a modern kitchen–no matter its size–because for five months I didn’t have one. When we first moved to Virginia we lived in a house condemned to be demolished. When it rained, the water poured in from a dozen points. There were vines growing on the inside of the house, and the kitchen—

Ugh, the kitchen.
One sink, with no hot water.
One cabinet, no drawers.
Old stove/oven which had two temperatures—off and broil.
The fridge was less than 15 years old, but the carpet had been put in decades before. (Yes, very old carpet in the kitchen. You can smell it, can’t you?)
There was a pantry, along with several mouse traps.
Of course there wasn’t a dishwasher, we supplied our own microwave, along with a dresser drawer for utensils and a small table to act as a counter. 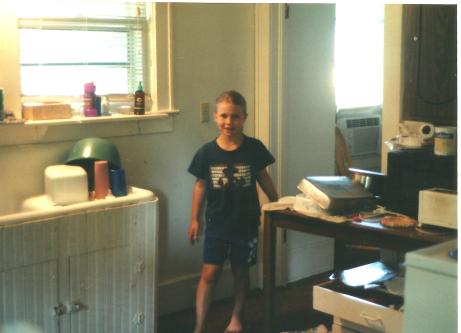 Bottom right corner you can see the edge of the stove/incinerator, and behind me is the fridge. And that’s everything. Really.

And I made that work, for five months, for a family of eight. That autumn we moved into a brand new house with beautiful oak cabinets and 150 square feet for the kitchen–and enjoyed it for almost six years–but I remembered the condemned house and realized I could deal with just about anything.

So why do I keep forgetting that when I look at my current kitchen?

“Does this mean you’re no longer satisfied with what the Creator has chosen to bless us with?”  ~Soldier at the Door

Why can’t I look at what I’ve made functional for five years and realize I don’t need any more?

“But if we don’t need more—”
“Everybody needs more, Mrs. Shin!”  ~Soldier at the Door

Maybe it’s just human nature, to look upon something and want to improve it.

Or maybe it’s just plain selfishness, wanting to pamper ourselves. I still can’t figure out why it’s so darn hard to buy into Alina Adams‘s philosophy, a Ukrainian immigrant and now a columnist about frugality in New York:

Coming from childhood poverty and a one-room apartment where she only had one dress to wear affects how she views her budget and what she actually needs.
“When you realize how little you need,” she said, “it is difficult to spend money on things you know you can do without.”

Years ago I read about a movement in Japan where people became minimalists, possessing only the barest of essentials. For one chef, that meant she gave up her rice cooker (shocking her neighbors) because she already had one pot. She eventually downsized so much that all she owned could be packed into the back of her Toyota.

But maybe it’s something else.

“What I’m trying to get at,” Mahrree tried to explain, “is that we’re simply not worried about impressing people. We’re more concerned about what the Creator thinks of us.”

Mrs. Hili shifted her gaze to Mahrree’s deliberately sweet expression.“Yes, yes of course. Although I think you’re completely wrong, Miss Mahrree. I mean yes, we worry about the Creator’s opinion, but we live in the world. We have to impress the world.”

“Why?” Mahrree genuinely wanted to know.

Perhaps that’s still the root of my obsession with an IKEA kitchen. The few times neighbors have come into my house, I’m genuinely anxious that they’ll see my kitchen, and then . . . what will they think?

But that’s just vanity, I know. Years ago I thought I eradicated that fear of “What will others think?” I’ve done quite well in many aspects, but when it comes to my kitchen? Sigh.

Maybe it’s bigger than that, though. Our very economy is based on the premise that we’re never satisfied, that the notion of “enough” means, What I have, plus a little bit more, ensuring that we continue to be obsessed with getting more and spending more, and never reaching that elusive state of satisfaction.

Now, I don’t have thousands of dollars to throw on luxury, but daggumit, I want to make something beautiful! I want to add color! A new design! Improvement to my environment!

So despite all I’ve just written, I’ve decided I’m going to spend money on my kitchen, because my soul is hankering for something just for me!

I’m going to make a drastic change to my kitchen, and it will cost around $5.
I’m going to put up a photo–just one photo: the picture above of my daughter standing in the kitchen of the condemned house in Virginia.
Now every time I’m plagued with fantasies of IKEA kitchens, I’m going to stare at that picture.
Then, when I look at my current kitchen, in comparison it’ll be fantastic!
Because it truly is enough, and I will choose to be satisfied.

(Especially since I won’t let in the neighbors anymore.)

5 thoughts on “The Economy of Enough”