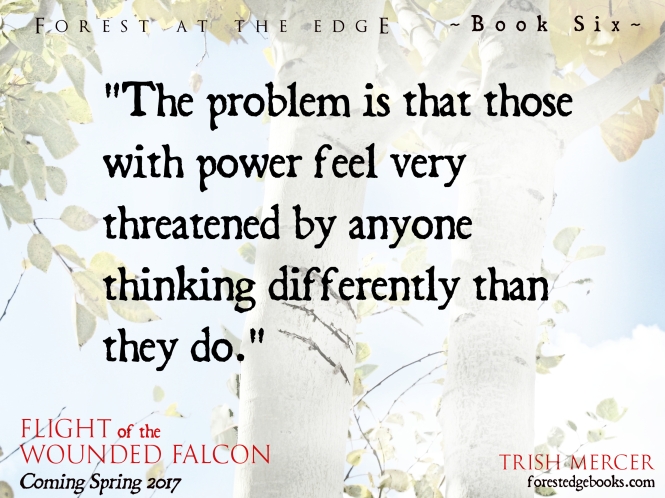 I’ve been trying to find examples where this isn’t the case lately, but . . . nope.

Perhaps the biggest threat to institutions are those folks who actually spend five minutes thinking about the issues. Most people just deliver a knee-jerk reaction (emphasis on the “jerk”) concerning any issue–racing to protest, to complain, to throw a fit–without actually analyzing why they are.

In my inconsequential opinion, every political side has become extremist and sensational, leaving what (I hope) is the majority of us watching the swirling all around us, waiting for a break in the action so we can make a collective run for it.

It’s those who ponder and think, who don’t jump to conclusions or accept the scandal of the day as doctrine, who will (hopefully) eventually change the world.