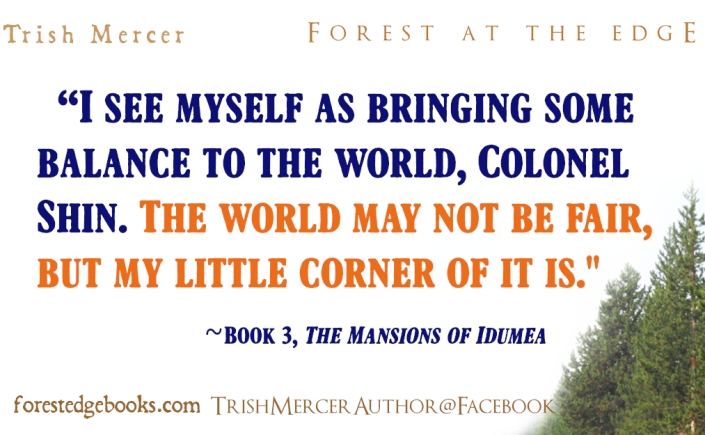 With so many in the US calling for “fairness” and for the government to ensure (enforce?) that fairness, we have forgotten that creating equity and caring for the poor is already within our power.

We each can balance the world correctly. In fact, we’re the only ones who can. There’s nothing stopping me or you. Change has always been grassroots. It never works from the top down. If we wait for someone to force us to do what they think is right, then we’ve agreed to a dictatorship.

Then it’s all over, for everyone. 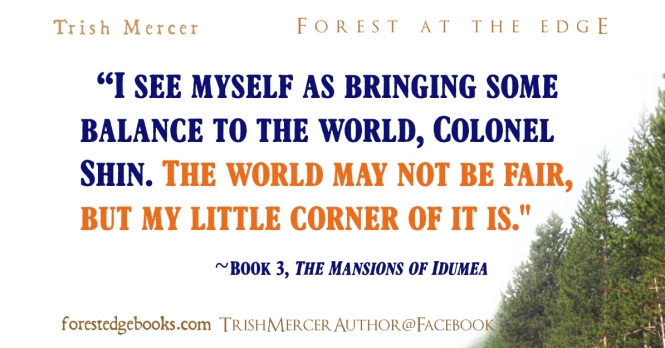 I know of many generous people who quietly go about doing great things for their neighbors. They donate money, they create opportunities, they sacrifice their time, talents, and everything they’ve been blessed with to help others through rough patches, to get job training, to give them a boost up to self-sufficiency.

And they do it anonymously. They choose to live well below their means so that those means can lift those around them.

I know about these generous people only because they’ve helped us, or because a mutual friend revealed to me the lengths of their care for those around them.

I stand in awe of them, because no one told them or forced them to do it. And that’s why it works. Only individuals can care for each other properly; governments have never got it right.

The biggest problem with socialism that no one seems to be addressing is the insatiability of people who believe they deserve freebies–free income, housing, food, health care, education, etc. The problem is greed knows no bounds. Those who espouse “free everything” are underestimating the selfishness of millions.

And then what happens when the freebies run out, which they always will?

The worst decisions I’ve ever made can be traced back to my believing that I “deserved” something.

No good action follows the declaration that we “deserve” something. I know the internet is awash in memes that declare we all deserve better, and should bend all efforts to attaining what we so desperately want and feel we should have, but such focus on the self leads to very dangerous, wholly self-interested thinking. 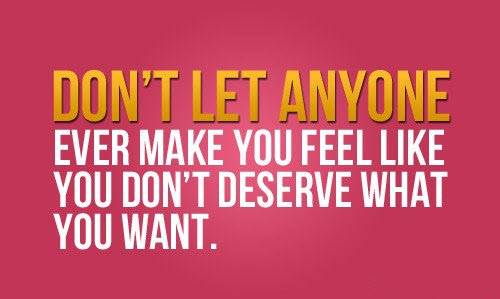 Whoa–let me get out of the way first before I’m mowed over . . .

We use the words “I deserve” to prove why we should have a benefit, and why possibly someone else shouldn’t. Why we should be given an endowment, an entitlement, first dibs, or even that perfect parking space.

We say “I deserve” to prove that we shouldn’t be inconvenienced, or mistreated, or insulted, or hurt.

But other people can be. They’re not as worthy as us. They don’t deserve what we get.

We claim “I deserve” when we aim to promote ourselves, even at the risk of demoting someone else. When we demand preferential treatment, ahead of everyone else. The inconsequential, the tender, the innocent, even the guilty and the important “deserve” to be trampled in our rush to get what we “deserve.”

“I deserve” means no one better get in my way, or tell me anything other than I’m the most special creature ever created, even though seven billion people also inhabit this earth, along with a trillion other living organisms. We think, for some inexplicable reason, that the world owes us something.

We tell ourselves “I deserve” to justify our greed, our selfishness, our childishness, and our often vain ambitions.

‘Ms. Clinton, some have suggested that you aren’t healthy enough or are too old to pursue the presidency. Do you have a comment on that?’. I knew I had crossed a line for her right away. She snapped back, ‘It’s my turn. I’ve done my time, and I deserve it.’

Think about what happens when people think “I deserve”: They believe they can justify any behavior, tweak any law, get away with any indiscretion, or rationalize any sin because they “deserve” to.

The word itself suggests the opposite of serve: de-serve.

I do, however, tell my children that everyone deserves kindness; but that’s because I expect them to give kindness, not demand it from anyone else. 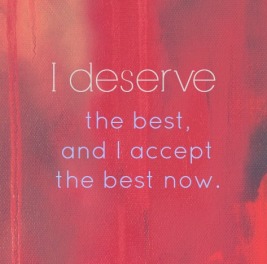 Does anyone else hear a toddler in their head, screaming, “Gimme gimme gimme!”

Be very, very wary anytime someone says, “I deserve.” Nothing unselfish follows such a declaration.

And be even more wary when you begin to think this way for yourself.

“Tonight,” Perrin said, “I decided the most harmful sentences begin with, ‘I deserve.’” Book 4, The Falcon in the Barn