They come into my room with complaints, always. It’s the nature of teenagers, and because I sit behind the desk I hear it all.

Sometimes they sit at a desk and vent to another student about so-and-so’s inhumanity, and because teenagers are notoriously loud, I hear all of that too.

Later, more come in and I hear the other sides of the stories—because these students are friends of the horribly offensive one or might even be the offender themselves.

And then I put together the picture based on the selected pieces dropped in front of me, and a new image emerges.

I understand many new angles, a variety of aspects.

Who’s at fault?
Well, all of them.

Who deserves retribution?
None of them.

Who deserves mercy and another chance?
Each and every last one of them.

Sometimes the students demand that I take a side, that I assure them that their anger is justified. I can’t do that, because I’ve seen the backside and know that there is plenty of blame to go around. I’ve never seen anyone wholly innocent.

I think deep down all of them see that too.

Instead, I commiserate with them, tell them I’m sorry they’re dealing with this, then . . . I leave it.

Because I realize they’re not as far apart from their enemy as they think they are. Actually, they’re so close they’re nearly side-by-side, except for this sliver of animosity wedged between them. I’m not going to try to remove that wedge because I see how close they are to resolving it themselves, and the knowledge and growth they get as they do so will be the best learning they’ll have in school.

So I watch, and on a rare occasion call an authority because a law’s being broken, but for 99% of the time I pray silently these silly teenagers get over themselves and move on.

And so far, they have been. Grudges melt away. Enemies share a pencil. Students put on suspension come back with sly smiles and ask, “I’m still your favorite student, right?” (I hesitate to answer that one, every time.)

And this, I’ve discovered, is a tiny glimpse of how God works. We wander into His heavenly room full of complaining prayers, demanding He wreak vengeance for us, tell Him how unfair and unjust life is. He smiles consolingly, wraps His comfort around us, then because He sees just how close we are to solving the problem ourselves, He steps back and lets us flail and muck about, giving us words of encouragement, but not interfering 99% of the time. He knows we’ve got this, if we’ll just calm down enough to hear His words.

If we accept His perspective and insights, our hearts soften, our anger dissolves, and we leave with our enemies not so enemy-ish (and grateful that God didn’t smite them with a falling piano as we earlier requested).

“He was very easy to talk to,” Versa said. “He listened to my long descriptions without any expression of surprise or dismay, as if he’d heard it all before. No judgments, no criticisms, just patient listening. Much like I imagine the Creator would listen.” 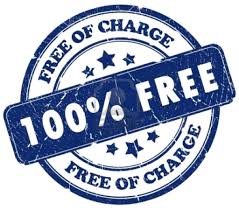