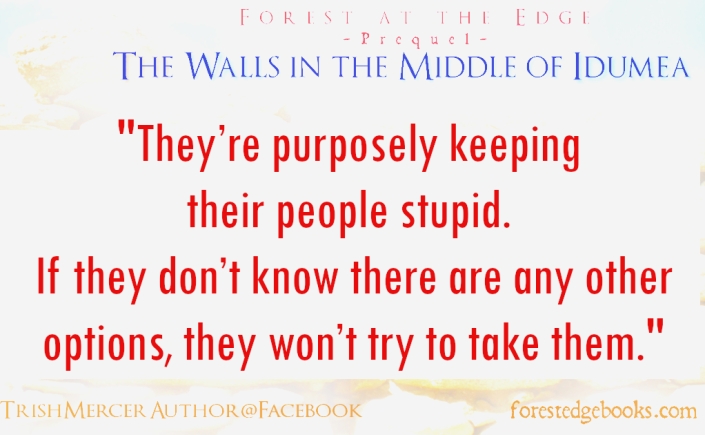 I’m astounded at the level of ignorance people numbly accept. Never have we lived in an age with so much knowledge and data so easily accessible, yet we want very little of it.

For hundreds of years–no, for thousands of years, education was the coveted goal of nearly all people. To learn to read? Have access to a scroll? Learn beyond the basic numbers? Luxury! Some families would sacrifice all they had just to send one promising child to get an education, hoping he’d bring some of it back to share.

Now, we want only entertainment and sensationalism.
Give us crying teenagers terrified by exaggerated claims of global collapse.
Give us elderly politicians screaming about non-existent cover-ups.
Give us celebrities and journalists telling us how we’re all stupid and wrong.
But don’t give us reports of real suffering where we can help, or solid data about the actual changes in the world.

And certainly don’t give us any hope.

The high schoolers I teach are convinced the world is a horrible place to be. They want no part of it, nor do they want grow old in it. Unsurprising, many are depressed and without hope.

Decades ago I visited Washington DC for the first time and got lost in a less-desirable part of town. The person I was driving with told me to lock the car doors, that the people who lived there were “willfully dumb and dangerous.” I thought that was harsh, and said so. The person pointed out that those under-educated lived within walking distance of the greatest museums in the world, all for free. They could learn anything and discover everything, if they just exerted some effort. But they wouldn’t.

They didn’t want to know.

That was before phones and the Internet, before we could carry the world’s knowledge in our back pocket.

And still we don’t want to know.

We willingly accept only the shallowest of knowledge, and we limply accept the worst of fates. Our youth feel powerless, their only option to whine and throw tantrums at the world. They fight problems that don’t even exist, while ignoring larger issues that truly threaten to swallow them up. They’ve been given hopelessness, and actually believe it. They’ve given up their imaginations, so they can’t imagine better options. There’s little rebellion against the angst they’re handed; they just pocket it and skulk away.

I teach my students a Holocaust memoir, hoping they’ll realize that the hopelessness Gerda Weissman Klein faced was far more real than any manufactured issue-of-the-day, and not only did she survive, but thrived, just like hundreds of thousands of others, and millions of people all over the world today.

We have to flood not only the Internet but the minds of our families, friends, and youth we associate with hope, success, and optimism.

We have to tell them how many times the world was going to “end” over the past so many decades (my husband’s yearbook from the 1980s warned about the impending ice age, and how to survive it). And how none of those predictions have come true. None.

Our kids don’t know this, that we’ve been shaking our heads, rolling our eyes, and sighing heavily for fifty years at these sensational predictions. They don’t know that hope always exists all around them, and that a glorious future still awaits them.

We have to tell them! In our conversations, in our interactions, and in our social media. We have so many options and possibilities for our future, and bizarrely those options are frequently ignored.

Our laziness and easiness will destroy us long before the earth will collapse. That’s one prediction I hope I’m wrong about. 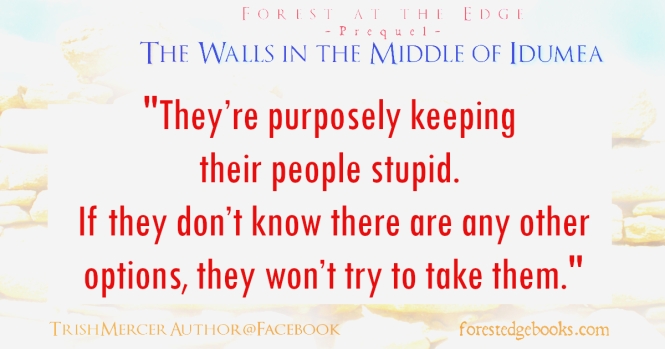