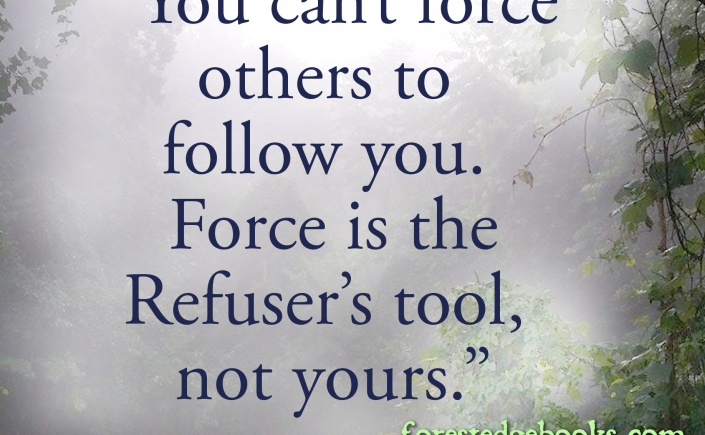 My 6-year-old tried to play chess with me at their school’s STEM night last week. I didn’t realize he knew the rules, and it turns out he doesn’t, because he produced a secret weapon: a 6-legged spider he’d made out of clay in his class earlier.

“This is spider-guy,” he announced. “And he can eat all of your little white guys there.”

Before I knew it, the clay creature had wiped a handful of my “white guys” off the board. 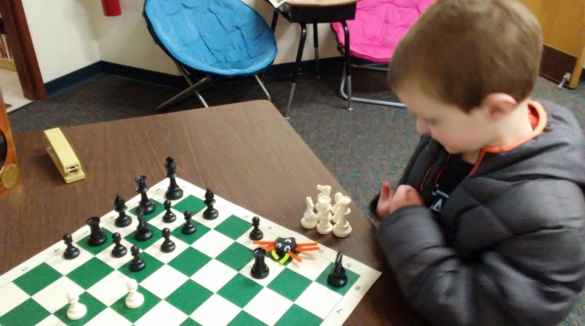 .
So that’s how this was going to be played.

“Fine,” I said, and looked around for my secret weapon. “This is Stapler Man, and he can chomp your spider-guy.”

“Good job, Mom!” he cheered as I nudged his spider off the board, but then he plunked spider-guy back into play. “But my guy has 175 lives.”

“I see,” I said, and if he was going to change all the rules every minute, like a game of Calvin Ball in Calvin and Hobbes, so could I. “Stapler Man has 180 lives, and he’s coming after your king.”

My son sighed and said, “You can’t change the rules like that, Mom.”

He hesitated, seeing that if he turned things unfairly to his advantage, I might too. (Yeah, I’m that kind of mom.) “Let’s go see the salmon babies,” he said, and the game was over as we headed to the fish tanks.

In my sophomore English classes we’re reading All But My Life, about a 15-year-old Jewish girl who is forced into the Nazi labor camps and is one of the few who survives. Last week we read about the ever-changing rules in regards to Jews; they can’t own phones, or cars, or bikes, or even fountain pens. They have to turn over the gold, their goods, their houses. Signs go up: “Gardens only for Germans,” and “No dogs or Jews allowed.”

The rules change daily, to the advantage of the Nazis, but the Jews aren’t able to play that game back at them or they’re shot.

My students, while fascinated by the story, have asked why this “history” book is in our English curriculum. We talk about language—euphemisms, propaganda, etc.—but the class is also about thinking and analyzing.

So I’ll tell them, “This memoir isn’t only about history, but about language, about control, about the direction we’re going right now. How are you going to survive in a country where the rules are changing daily?”

We all see this—it’s no secret: the elite, in various organizations, are manipulating situations to fit what they want to have happen. It’s not about the good of the country, but the selfishness of a handful. The rest of us struggle to know if we can shift those rules again, or somehow subvert them.

In the book we’re reading, Gerda Weissmann begins to learn English on the sly, and even though she’s denied an education, her father teachers her out of the textbooks they still own in the privacy of their house. (Proving that homeschooling is for subversives.)

My parents grew up in Nazi Germany. Their families–not Jews and certainly not Nazis—realized early on Hitler was going to be disastrous for Germany. Quietly, privately, they tried to subvert the changing rules the elite imposed upon them. They had more chickens than allotted and hid them when the inspectors came; they had doctors write notes excusing their children from attending Hitler Youth; they traded cigarette and coffee rations (Mormons don’t use those) on the black market for more flour and sugar; and my great-grandfather blackmailed a Nazi recruiter who tried to secure his money for their cause. The Nazis never bothered him again.

In the Book of Mormon is a story about a group of followers of God who are oppressed by their government (Mosiah 24). They’re told they can’t pray or they’ll be executed. The people simply didn’t pray out loud, but in secret, knowing that God would still hear them. Quiet subversiveness when the rules are purposely stacked against them.

It seems almost daily that the rules are changing, that more and more laws are purposely designed to hold down one group while elevating another.

But the question is, how do we respond—individually and collectively—to the oppressive elite?

Maybe a situation is benign enough that we can pull out our own “stapler guy” and change the rules once again for more even odds.

Or maybe a problem is so grave that our defiance equates our death—politically, mentally, spiritually, or literally. That’s a much more difficult situation to manage.

But there seem to be many opportunities for outward obedience yet inward rebellion.
However, there should never, ever be quiet acceptance.

Because if we don’t even try to fight, then we’ve already given up and they win.

(Because I’m so eager to get you Book 8 “The Last Day” this summer, I’m giving you THREE sneak peeks!)

“Oh yes, General.” Young Pere squinted with disdain. “That makes me want to call you ‘father.’ Hit me all you want, Thorne, but you can never change who I am or what you are. So choose the slagging canyon yourself.”

From the corner of his eye, Young Pere could see Hili beaming. But Thorne stood shocked, not used to such flagrant insubordination, and evidently didn’t know how to proceed.

Finally Thorne whispered, in as sinister a voice as he could muster, “I have one more thing to do with you, Shin. Then I will kill you myself. Nothing will give me greater pleasure. Your days are numbered, make no mistake about that!”

Young Pere nodded once, not at all intimidated. Thorne was full of unmet promises; just ask anyone he’d told he’d give a medal. He still owed Young Pere a few.

Shin frowned at Sergeant Beaved. “So I’m supposed to go along with all of this?”

“Is that what all of you do?” Shin exclaimed. “Just go along with whatever unbelievable and unlikely story preserves you for another day?”

“Living in lies? That doesn’t bother you?”

Beaved leaned in. “What bothers me is the idea of dying, Shin.”

“Look, Shin, just . . .” Beaved groaned quietly. “I don’t know what the truth is myself, but I do know this: you have a chance to survive this. A small chance, getting smaller each time you open that big mouth of yours. But if I were you I’d cling to that chance, do whatever it takes to preserve your life. You can fix the lies later, if necessary, but you can’t if you’re dead.”

“I’m as helpful as I know to be, Teach,” Shin said down to the man following him on the slope of the mountain.

“But one could be more helpful, Shin. Considering that Thorne has repeatedly threatened one of your security detail if you fail.”

Below him, Cloud Man bounced his head, oblivious that Thorne had threatened to bounce the vial head down the mountain if the private wouldn’t be more cooperative.

“Interesting,” Shin said as he searched for better footing. “Thorne’s so ‘noble’ as to force us to seek out Salem, and he’s so ‘noble’ that he’s also threatening one of his own soldier’s lives to do so. Perhaps I’m not that familiar with the definition of nobility. Enlighten me, Teach.”

He heard Teach moan below him again, maybe because of the question or because he was smacked by another tree branch. Hopefully both.

“Nobility. Doing that which the circumstances demand.”

“Language usage wasn’t my specialty in the university,” Teach admitted.

“What was your specialty?”

“I specialized in it all.”

Shin stifled a snort. “But not language usage?”

“Why bother? Everyone knows how to talk, don’t they?”

Shin reached for another scrubby brush. “So who decides ‘what circumstances demand’? When someone is acting in everyone’s best interests and not just out of his own selfishness?”

“Are you suggesting General Thorne is selfish?” Teach asked.

The scoff behind him made Shin glance down.

Teach was aghast. “You actually admit that?”

“I said only what you’re thinking, Teach. What everyone on this hill is thinking but is too afraid to say.”

5 thoughts on “They can keep changing the rules, but we don’t have to be obedient. (Plus 3 sneak peeks into Book 8)”